W&L’s traditions aren’t all as serious as Honor Orientation; others are more fun. Fancy Dress, held every year, and Mock Convention, held every four years, are both unique traditions on W&L’s campus.

Fancy Dress is one of the biggest events of the year. All members of the Washington and Lee community are invited, including undergraduates, professors, law students and even alumni. The Fancy Dress committee transforms Doremus gym into a ballroom and hires a band to perform. Students wear tuxedos and long dresses for the occasion.

Students attend a weekend full of events, ranging from a concert to cocktail parties.

Fancy Dress is like a unique opportunity to relive your high school prom except way less awkward and you're more comfortable with yourself.

The ‘Costs’ of Fancy Dress

With a budget of between $100,000 to $120,000 every year, Fancy Dress is one of the most expensive events held at Washington and Lee. Ticket prices range from $45 to $60 per person, depending on whether students buy a memorabilia package. On top of that, students are expected to wear formal attire to the event, which increases their expenses.

It’s not actively trying to exclude people, but I feel like just in the process of being what it is, it does have some exclusive aspects of it.

As an independent who doesn’t really navigate in those social circles, it’s always been sort of tough to find a place that would welcome me for events like Fancy Dress.

It can be really tough for diversity on this campus when you have such a heteronormative event that is so rooted in cultural and historical stereotypes.

Clubs and organizations also host their own balls, including the LGBTQ students’ Equality Gala, the Student Association for Black Unity (SABU) Black Ball and the QuestBridge Scholars’ Quest Ball.

Everybody else is having so much fun, but they don’t feel like that environment is for them.

Mock Convention is another integral event for students at Washington and Lee. The convention coincides with the presidential primaries, leading up to the general election. Students run the event and work to predict the nominee for the party out of power. Planning Mock Con is a complicated undertaking. Chairs are named three years in advance, and other positions are assigned the year before.

All students are encouraged to join a state delegation. They can get involved by assisting the state chairs with research, or by designing and building a float to represent their state or territory. Mock Con kicks off with a parade down Main Street in Lexington. 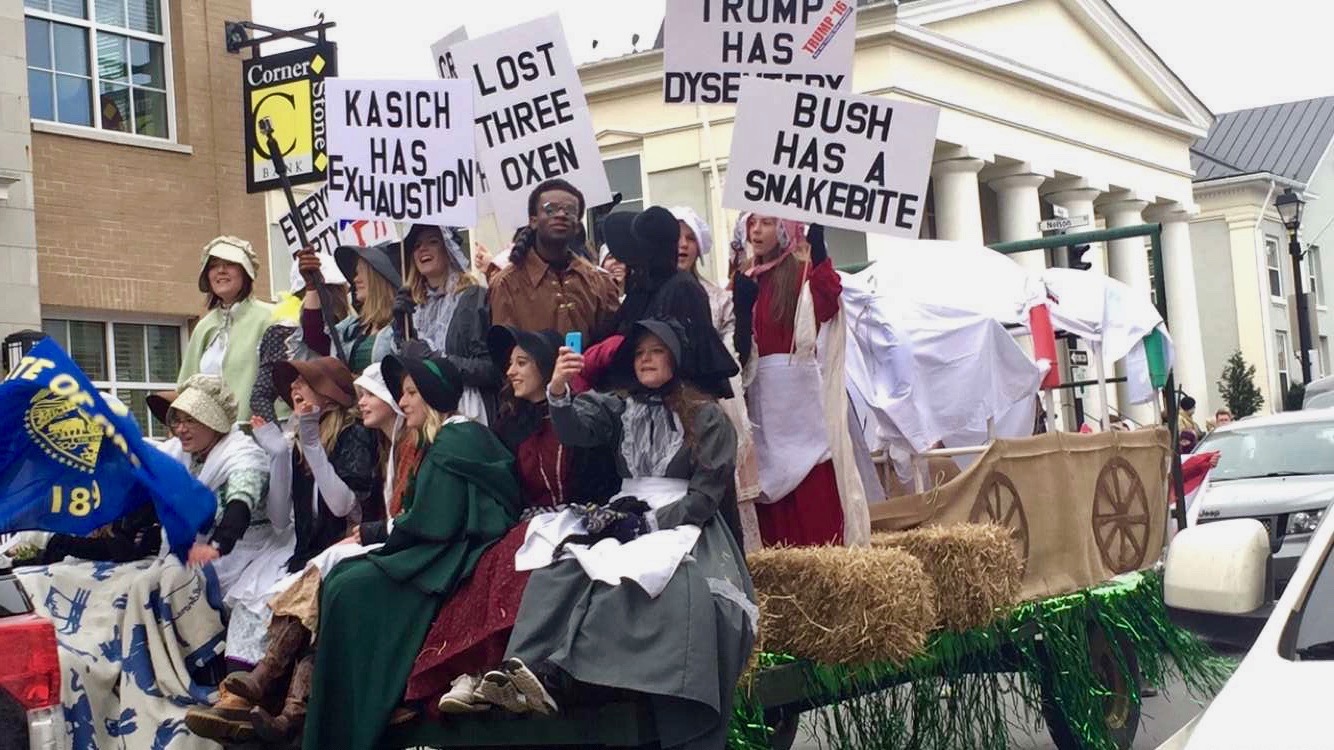 Like Fancy Dress, Mock Con can be expensive. In 2016, it cost $45 to join a state delegation. A delegation memorabilia package was another $15. A general admission ticket was $80. This does not include the cost of additional t-shirts from other delegations, which students almost always purchase.

The convention itself is a two-day event usually in February. Prominent speakers from either the Republican or Democratic party address the students. The event culminates with a “roll call,” when delegates cast their votes for the candidate they believe the party out of power will ultimately choose. Mock Con is famous for its accuracy: It has correctly predicted 20 out of the last 26 nominees.